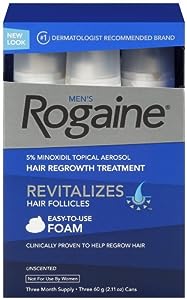 Your hair may seem unwilling to cooperate some mornings, but at the root of each strand is a tiny partnership of stem cells that work very well together to make hair happen. New research from The Rockefeller University has elucidated how these adult stem cells communicate with each other to make hair grow and give it pigment.

“Deciphering the mechanisms behind stem cell differentiation advances our understanding of how adult stem cells can be used to maintain tissue integrity and heal wounds,” says Chiung-Ying Chang, a graduate student in the Laboratory of Elaine Fuchs, Rebecca C. Lancefield Professor at Rockefeller.

Fuchs’ research team knew that these two stem cell populations share a niche, a microenvironment that interacts with stem cells and influences their fate inside the hair follicles. In a paper published in Nature in February, they discovered a working relationship between the stem cells that allows hair to be pigmented.

Chang examined the role of nuclear factor I/B (NFIB), a transcription factor that controls gene expression in the hair follicle stem cells. The lab created so-called knockout mice whose hair follicle stem cells were missing the gene Nfib and watched to see what would happen. At first it seemed like not much — the hair on the mice grew like it normally would. But upon closer inspection, Chang found that surprisingly, the melanocyte stem cell behavior had gone awry. Even though the melanocyte stem cells weren’t directly affected by the NFIB knockout, the mice had more of these pigment-producing cells and the cells were differentiating faster than they did in the normal hair cycle. Over the course of many months the knockout mice also showed dark spots of pigment around the hair follicle, visible to the naked eye.

Through techniques known as ChIP-sequencing and transcriptional profiling the group determined that NFIB was working through a gene called endothelin-2, and showed that hair follicle stem cells that were missing NFIB had more endothelin-2 protein. NFIB appears to have an effect on the hair cycle, a process whereby the hair follicle goes from dormant to having its stem cells activated, making the hair grow. NFIB was found to limit the amount of endothelin-2 secreted while the niche is resting, keeping endothelin-2 from spurring the melanocyte stem cells to differentiate too early — before the hair starts to grow again.

“What we learned was that NFIB acts as a governor over this process of hair regeneration and pigmentation,” says Chang. “It keeps the hair follicle and melanocyte stem cells working in synchrony to maintain the process.”

“Before Chiung-Ying’s findings, researchers knew how stem cells became activated together, but they didn’t know how they remain silent for prolonged periods of time,” says Fuchs. “Also important is Chiung-Ying’s discovery of how the activities of the two stem cells can be uncoupled, since only melanocyte stem cells respond to endothelin-2.”

The scientists state that synchrony between the two types of cells can come unhinged in a number of stress or disease conditions. In future research they hope to address whether changes in Nfib expression may play an important signaling role in these conditions, noting that situations like UV exposure, where the synchrony is disrupted, are correlated with an increase in endothelin-2.