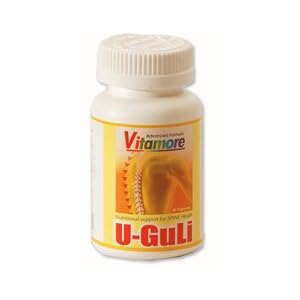 In a study at the University of California, San Diego and VA San Diego Healthcare, researchers were able to regenerate “an astonishing degree” of axonal growth at the site of severe spinal cord injury in rats. Their research revealed that early stage neurons have the ability to survive and extend axons to form new, functional neuronal relays across an injury site in the adult central nervous system (CNS).

The study also proved that at least some types of adult CNS axons can overcome a normally inhibitory growth environment to grow over long distances. Importantly, stem cells across species exhibit these properties. The work will be published in the journal Cell on September 14.

The scientists embedded neural stem cells in a matrix of fibrin (a protein key to blood clotting that is already used in human neuron procedures), mixed with growth factors to form a gel. The gel was then applied to the injury site in rats with completely severed spinal cords.

“Using this method, after six weeks, the number of axons emerging from the injury site exceeded by 200-fold what had ever been seen before,” said Mark Tuszynski, MD, PhD, professor in the UC San Diego Department of Neurosciences and director of the UCSD Center for Neural Repair, who headed the study. “The axons also grew 10 times the length of axons in any previous study and, importantly, the regeneration of these axons resulted in significant functional improvement.”

In addition, adult cells above the injury site regenerated into the neural stem cells, establishing a new relay circuit that could be measured electrically. “By stimulating the spinal cord four segments above the injury and recording this electrical stimulation three segments below, we detected new relays across the transaction site,” said Tuszynski.

The grafting procedure resulted in significant functional improvement: On a 21-point walking scale, without treatment, the rats score was only 1.5; following the stem cell therapy, it rose to 7 – a score reflecting the animals’ ability to move all joints of affected legs.

Results were then replicated using two human stem cell lines, one already in human trials for ALS. “We obtained the exact results using human cells as we had in the rat cells,” said Tuszynski.

The study made use of green fluorescent proteins (GFP), a technique that had never before been used to track neural stem cell growth. “By tagging the cells with GFP, we were able to observe the stem cells grow, become neurons and grow axons, showing us the full ability of these cells to grow and make connections with the host neurons,” said first author Paul Lu, PhD, assistant research scientist at UCSD’s Center for Neural Repair. “This is very exciting, because the technology didn’t exist before.”

According to the researchers, the study makes clear that early-stage neurons can overcome inhibitors present in the adult nervous system that normally work to maintain the elaborate central nervous system and to keep cells in the adult CNS from growing aberrantly.