In a breakthrough, Harvard scientists have discovered that stem cells loaded with the herpes virus can be used to specifically target and kill brain tumours.

The work, led by Khalid Shah, an HSCI Principal Faculty member, found that trapping virus-loaded stem cells in a gel and applying them to tumours significantly improved survival in mice with glioblastoma multiforme, the most common brain tumour in human adults and also the most difficult to treat (…) 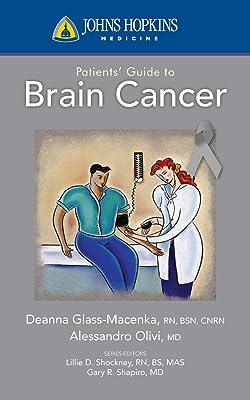 Using multiple imaging markers, it was possible to watch the virus as it passed from the stem cells to the first layer of brain tumour cells and subsequently into all tumour cells (…)

Using imaging proteins to watch in real time how the virus combated the cancer, Shah’s team noticed that the gel kept the stem cells alive longer, which allowed the virus to replicate and kill any residual cancer cells that were not cut out during the debulking surgery.

Tumor necrosis factor related apoptosis-inducing ligand (TRAIL) induced apoptosis specifically in tumor cells. However, with approximately half of all known tumor lines being resistant to TRAIL, the identification of TRAIL sensitizers and their mechanism of action become critical to broadly use TRAIL as a therapeutic agent.

In this study, we explored whether c-Met protein contributes to TRAIL sensitivity. We found a direct correlation between the c-Met expression level and TRAIL resistance.

We show that the knock down c-Met protein, but not inhibition, sensitized brain tumor cells to TRAIL-mediated apoptosis by interrupting the interaction between c-Met and TRAIL cognate death receptor (DR) 5. This interruption greatly induces the formation of death-inducing signaling complex (DISC) and subsequent downstream apoptosis signaling. Using intracranially implanted brain tumor cells and stem cell (SC) lines engineered with different combinations of fluorescent and bioluminescent proteins, we show that SC expressing a potent and secretable TRAIL (S-TRAIL) have a significant anti-tumor effect in mice bearing c-Met knock down of TRAIL-resistant brain tumors. To our best knowledge, this is the first study that demonstrates c-Met contributes to TRAIL sensitivity of brain tumor cells and has implications for developing effective therapies for brain tumor patients (…)

We and others have previously shown that stem cell-based delivery of S-TRAIL is highly efficacious in orthotopic brain tumor models due to the tumoritropic properties of SC that lead to on-site, sustained release of therapeutic S-TRAIL (…)

Furthermore, we addressed the effect of targeting c-Met by lentivirial-mediated expression of shRNA in combination with mesenchymal stem cell (MSC)-delivered a secretable form of TRAIL (S-TRAIL) in MSC-tumor cell co-cultures in vitro and in vivo (…)