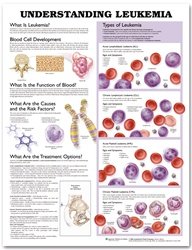 In a ray of hope for millions of leukaemia patients, American scientists have claimed to have developed a technique which multiplies the small number of stem cells in the donor blood, making it much more potent for the treatment of the fatal disease.

It also eliminates the need for a matching donor, whose bone marrow is usually transplanted to the patient, according to a study which appeared in the journal Nature Medicine. Traditionally, there was always a risk that the patient’s body may reject the new cells from a donor.

The alternate path was to introduce cells extracted from umbilical cords as these cells do not have characteristics which would normally trigger immune rejection. So these cells can be used in any patient, without the need for matching. However, the only disadvantage of this process was that a single cord would not have enough cells to meet the needs of an adult patient.

One thought on “Stem cell therapy found for leukaemia”