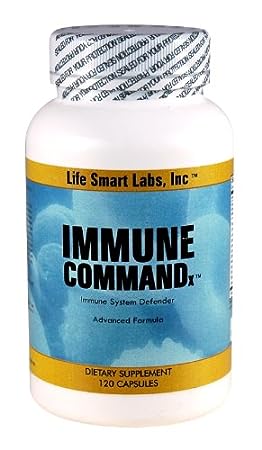 Stem cells of the aging bone marrow recycle their own molecules to survive and keep replenishing the blood and immune systems as the body ages, researchers at UC San Francisco (UCSF) have discovered.

The recycling process, known as autophagy, or self-eating, involves reusing molecules and the chemical energy obtained from these molecules to withstand the killing effect of metabolic stress that intensifies as the body ages.

The discovery, reported online Feb. 6 in the journal Nature, showed that autophagy allows stem cells to avoid the alternative response to stress, which is programmed cellular suicide, in which cells that aren’t up to snuff kill themselves for the greater good.

While this trick of autophagy may help delay the onset of anemia, immune-system failure and other maladies that occur with age, as a survival strategy it is a bit of a compromise, said the senior author of the study, Emmanuelle Passegué, PhD, of the Eli and Edythe Broad Center of Regeneration Medicine and Stem Cell Research at UCSF.

Autophagy might increase cancer risk, she said, by allowing old stem cells to survive despite having accumulated risky mutations over a lifetime.

“Almost all blood malignancies start in the stem cell niche,” said Passegué. Many of the deadliest and most prevalent blood cancers – for example, acute myelogenous leukemia – appear to arise from damaged stem cells and become increasingly common with age.

Trying to keep old stem cells of the blood and immune system functioning well without raising cancer risks is one of the next big challenges in biomedical research, she said.

“Our next step is to look within the stem cells to see what goes wrong as they begin to perform poorly with age.”

Autophagy is a Metabolic Stress Response
The overall finding of the study was that autophagy is triggered in blood, or hematopoietic, stem cells when a genetic switch called FOXO3A is turned on. The researchers showed that the process is not activated in the more mature, specialized cells of the blood or immune system.

“Our study indicates that autophagy is a mechanism of stress response that specifically protects stem cells,” said Passegué. “It’s a way of cleaning up within the cell that liberates amino acids and nutrients so that the stem cell can use that energy to survive being deprived of growth factors in the bone marrow niche where they reside.”

In their experiments, the researchers showed that metabolic stress in hematopoietic stem cells growing in a dish — in this case caused by lack of cytokines, which are involved in cell signaling, and growth factors, which stimulate growth processes in the cell — triggered FOX03A-driven autophagy. Only when these cells were prevented from activating autophagy did they commit suicide instead.

Scientists previously proposed that one factor in aging might be that hematopoietic stem cells become less able to undergo autophagy to save themselves. But when Passegué’s lab group compared hematopoietic stem cells from old and young mice, they found that autophagy was always active in old mice, but not in young — and perhaps less stressed — mice.

“We were very surprised,” Passegué said. “We expected that this mechanism would be falling apart in old stem cells.” In fact, the UCSF researchers show the opposite, that old stem cells absolutely rely on autophagy for survival and die when it is blocked.

The age-associated degradation of the bone marrow milieu probably restricts availability of nutrition and growth factors to old stem cells, according to Passegué. Such metabolic stress may cause stem cells to become damaged and to malfunction, she said.