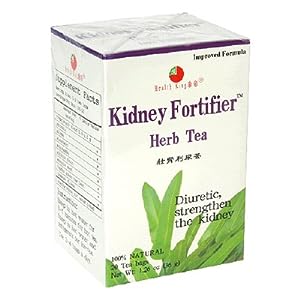 Researchers in Japan said on Wednesday they have succeeded in growing human kidney tissue from stem cells for the first time in a potential breakthrough for millions with damaged organs who are dependent on dialysis.

Kidneys have a complex structure that is not easily repaired once damaged, but the latest findings put scientists on the road to helping a diseased or distressed organ fix itself.

Kenji Osafune of Kyoto University said his team had managed to take stem cells — the “blank slates” capable of being programmed to become any kind of cell in the body — and nudge them specifically in the direction of kidney tissue.

“It was a very significant step,” he told AFP.

Osafune said they had succeeded in generating intermediate mesoderm tissue from the stem cells, a middle point between the blank slate and the finished kidney tissue.

“There are about 200 types of cells in the human body, but this tissue grows into only three types of cells,” namely adrenal cells, reproductive gland cells and kidney cells, he said, adding that as much as 90 percent of cultures in their research developed into viable mesoderm tissue.

This embryonic intermediary can be grown either in test tubes or in a living host into specific kidney cells.

Osafune and his team created part of a urinary tubule, a small tube in the kidney that is used in the production of urine.

While the research is not aimed at growing an entire working kidney, he said the method his team had developed would help scientists learn more about intermediate mesoderm development and may provide a source of cells for regenerative therapy.

“I would say that we have arrived at the preliminary step on the road to the clinical level,” he said.

from http://articles.timesofindia.indiatimes.com/2013-01-23/science/36504520_1_cells-kidneys-mesoderm For the first time, Japanese researchers claim to have successfully grown human kidney tissues from stem cells, a potential breakthrough for millions with damaged organs who are dependent on dialysis.

The latest accomplishment is seen as the first step towards transplanting kidney tissue generated from pluripotent stem cells.

The research team led by Kenji Osafune from the Kyoto University succeeded in generating kidney tissue from induced pluripotent stem cells, or iPS cells, for the first time ever.

They generated part of a urinary tubule using iPS cells that are capable of developing into all tissues of the body, Kyodo news agency reported. Kidneys have a complex structure and once damaged can be hard to restore, forcing many people with kidney problems to rely on dialysis.

By adding several substances to iPS cells, researchers succeeded in generating intermediate mesoderm tissue, of which kidneys are largely composed, after 11 days of cultivation with a success rate of more than 90 per cent.

The team then cultivated the intermediate mesoderm with kidney cells from a mouse embryo to produce part of the structure of a urinary tubule. The generated tissue was part of a tubule structure because it generated a protein called LTL, which is characteristic of urinary tubules, researchers concluded.

It was also confirmed that other kidney cells such as glomerular podocytes and collecting tubule cells were generated, the report said.The team will confirm if the generated urinary tubule functions normally and will generate other kidney tissue in pursuit of clinical applications, Osafune said.