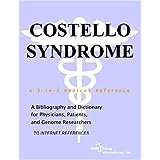 Mental retardation, altered facial characteristics, and heart problems are all problems suffered by children affected by Costello syndrome, a genetic disease that is being studied by researchers in Milan at the Italian Foundation for Cancer Research (FIRC) Institute of molecular oncology (IFOM) using the zebrafish as a model.

The cause of the disease – explained the scientists in the January issue of ‘Disease Models & Mechanisms’ monthly magazine – is a mutation of the Ras gene, the same alteration observed in 20pct of tumors. One out of every five cases of cancer and the rare genetic disease have a common thread.

The credit for the discovery also goes to the zebrafish, an important animal among the most popular in laboratories worldwide, since it is versatile, transparent, and mainly, genetically similar to humans. The mutation of the Ras gene responsible for the Costello syndrome – according to a study supported by the Italian Association for Cancer Research (AIRC) – is manifested in the patient’s germ cells.

Children born with this malformation have a mutation in their DNA, which transmits characteristics that are similar to cancer cells to all of the cells in their body, without causing tumors. In other words, it is as if the people with the disease were ‘healthy tumor carriers’. Inside of an adult cell, underlined the authors, coordinated by Marina Mione, in a note, the same alternations can have three different consequences: the cell goes into apoptosis (programmed cell death), senescence (it deactivates, and no longer reproduces) or results in a neoplasm.

In Costello syndrome in particular, the Ras mutation induces cells to prematurely age (senescence), but only in brain and heart stem cells. The zebrafish has shown to be a fundamental model for research on the disease, whereas other models closer to man have failed, pointed out the researchers. Now they hope to “pinpoint possible cures that reduce senescence in brain and heart stem cells in people who have Costello syndrome,” specified Mione.

Together with other genetic diseases (neurofibromatosis, Noonan syndrome, and cardio-facio-cutaneous syndrome), all characterized by an increase in the activity which signals the Ras gene, the Costello disease is diagnosed in a reduced, but growing number of cases. “This,” continued the young researcher, “opens the door to new fronts in cancer research. Understanding how a developing organism defends itself from mutations through signaling the Ras gene through senescence would allow scientists to develop new treatments against tumors, which would use the same mechanism to block their proliferation,” concluded Mione.

Stem cells from zebrafish, the staple of genetic research, could regenerate damaged cones in retinas and restore eyesight to people.

Rods and cones in the eyes are the most important photoreceptors. In humans, rods provide night vision, while cones offer a full-colour look at the world during the day.

It was not known, says University of Alberta researcher Ted Allison, whether stem cells could be instructed to only replace the cones in its retina. This could have important implications for human eyesight, the journal Public Library of Science ONE reports.

Almost all success in regenerating photoreceptor cells to date had been limited to rods, not cones. Most previous experiments were conducted on nocturnal rodents, animals that require good night vision and have far more rods than cones, according to an Alberta statement.

“This is the first time in an animal research model that stem cells have only repaired damaged cones,” said Allison. “For people with damaged eyesight, repairing the cones is most important because it would restore day-time colour vision.

Researchers say this shows some hope for stem cell therapy that could regenerate damaged cones in people, especially in the cone-rich regions of the retina that provide daytime/colour vision.

Allison says the next step for his team is to identify the particular gene in zebrafish that activates repair of damaged cones.