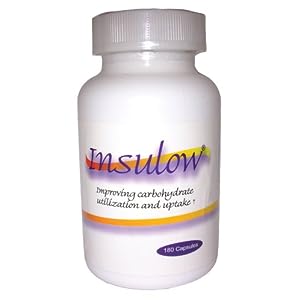 Hundreds of thousands of people suffer from hereditary diabetes, a condition that destroys cells in the pancreas and leaves the body unable to regulate blood sugar levels.
Sufferers are forced to inject themselves with insulin everyday and adopt special diets to cope with the irreversible condition.

But now scientists claim a cure could be developed after cells in the liver were converted to insulin producers in research on mice.
They believe the process, described in the journal Developmental Cell, could one day lead to a permanent one-off cure for the disease.

Dr Lawrence Chan and his team at the the Baylor College of Medicine in Houston, Texas, injected a gene into mice which converted stem cells in the liver to replace those damaged in the pancreas.
They discovered that the blood sugar of the mice returned to normal within a few weeks and remained that way for the rest of the animal’s natural life.

More than five years ago, Dr. Lawrence C.B. Chan and colleagues in his Baylor College of Medicine laboratory cured mice with type 1 diabetes by using a gene to induce liver cells to make insulin.
“Now we know how it works,” said Chan, director of the federally designed Diabetes and Endocrinology Research Center at BCM and chief of the division of endocrinology in BCM’s department of medicine. “The answer is adult stem cells.”

A gene called neurogenin3 proved critical to inducing cells in the liver to produce insulin on a continuing basis, said Chan and Dr. Vijay Yechoor, assistant professor of medicine-endocrinology and first author of the report that appears in the March issue of the journal Developmental Cell. The research team used a disarmed virus called a vector to deliver the gene to the livers of diabetic mice by a procedure commonly known as gene therapy.

“The mice responded within a week,” said Yechoor. The levels of sugar in their blood plummeted to normal and stayed that way for the rest of their normal lives.
The quick response generated more questions as did the length of time that the animals stayed healthy.
They found that there was a two-step response. At first, the neurogenin3 gene goes into the mature liver cells and causes them to make small quantities of insulin – enough to drop sugar levels to normal, said Yechoor.

“This is a transient effect,” he said. “Liver cells lose the capacity to make insulin after about six weeks.”
However, they found that other cells that made larger quantities of insulin showed up later, clustered around the portal veins (blood vessels that carry blood from the intestines and abdominal organs to the liver).

“They look similar to normal pancreatic islet cells (that make insulin normally),” said Yechoor.
They found that these “islet” cells came from a small population of adult stem cells usually found near the portal vein. Only a few are needed usually because they serve as a safety net in case of liver injury. When that occurs, they quickly activate to form mature liver cells or bile duct cells.

Liver cells have been coverted to insulin producers before but this is the first time scientists have understood the technique and believe eventually could lead to treatment for humans.
One obstacle is that in order for the gene called neurogenin3 to bond with a cell it needs to be transported by a virus which could be deadly to humans.
Dr. Vijay Yechoor, co-author, said: “The mice responded within a week. The levels of sugar in their blood plummeted to normal and stayed that way for the rest of their normal lives.”