Using new stem cell technology, scientists at the Salk Institute have shown that neurons generated from the skin cells of people with schizophrenia behave strangely in early developmental stages, providing a hint as to ways to detect and potentially treat the disease early (…)

Currently, over 1.1 percent of the world’s population has schizophrenia, with an estimated three million cases in the United States alone.

The economic cost is high: in 2002, Americans spent nearly $63 billion on treatment and managing disability. The emotional cost is higher still: 10 percent of those with schizophrenia are driven to commit suicide by the burden of coping with the disease (…) 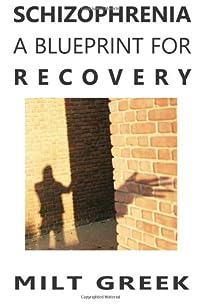 The Salk scientists were able to avoid this hurdle by using stem cell technologies. They took skin cells from patients, coaxed the cells to revert back to an earlier stem cell form and then prompted them to grow into very early-stage neurons (dubbed neural progenitor cells or NPCs). These NPCs are similar to the cells in the brain of a developing fetus.

The researchers generated NPCs from the skin cells of four patients with schizophrenia and six people without the disease. They tested the cells in two types of assays: in one test, they looked at how far the cells moved and interacted with particular surfaces; in the other test, they looked at stress in the cells by imaging mitochondria, which are tiny organelles that generate energy for the cells.

On both tests, the Salk team found that NPCs from people with schizophrenia differed in significant ways from those taken from unaffected people (…)