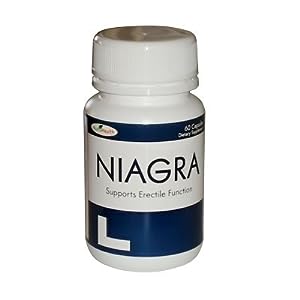 After more than a decade of short-term cures to erectile dysfunction, most aimed at symptoms rather than the underlying issues of nerve damage, a new approach has emerged from adult stem cell technology developed by RNL Bio. Dr. Ji Youl Lee and the RNL Stem Cell Technology Institute team, working at St. Mary’s Hospital in Seoul, found in animal studies that adipose (fat) derived adult human stem cells, grown in culture, were very effective in treating cavernous nerve injury.

When rats with cavernous nerve injury, the equivalent of erectile dysfunction in humans, were treated with RNL Bio’s patented adult stem cells, they showed significant recovery of nerve system capacity and long-term recovery. The RNL SCTI team has significant evidence now to suggest that similar, long-term recovery is around the corner for men suffering from recurrent ED and the underlying damage to the nerves in the male reproductive system.

The study, “Therapeutic effect of adipose-derived stem cells and BDNF-immobilized PLGA membrane in a rat model of cavernous nerve injury,” is published in the current issue of the Journal of Sexual Medicine, among the top 10% most-cited journals in Urology,* and the Official Journal of the International Society for Sexual Medicine. JSM, published by Wiley, the world’s largest medical journal publisher, is a peer-reviewed journal whose mission is to publish the best new research in biomedical approaches to pathologies of human sexuality. The study was also released ahead of print as an ePub by the Editors.

Potential therapies from adult stem cells could benefit many men who have cancer of the prostate gland. Prostate cancer is the most common cancer and second leading cause of death in USA, and an increasingly common disease in many other nations (including Korea, where it is now the fifth most prevalent form of cancer). Among the most common treatments for prostate cancer is prostatectomy. The main cause of cavernous nerve injury is prostatectomy, and 20 to 70% patients who undergo prostatectomy experience ED, despite recent development of robotic and laparoscopic operation. Researchers searching for ways to prevent nerve injury have begun to focus on regenerating damaged nerves. So, Dr. Lee’s team turned to adult stem cells. His team injected adipose-derived adult stem cells and porous membrane for releasing growth factors and regenerating nerves into rats with cavernous nerve injury. His team identified that stem cells increase the internal pressure of subjects’ cavernous tissue at a statistically significant level.