December 4, 2009- Working with mice, scientists at Johns Hopkins publishing in the December issue of Neoplasia have shown that a protein made by a gene called “Twist” may be the proverbial red flag that can accurately distinguish stem cells that drive aggressive, metastatic breast cancer from other breast cancer cells. 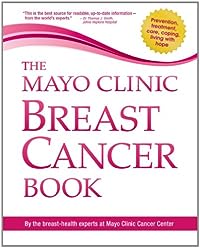 Building on recent work suggesting that it is a relatively rare subgroup of stem cells in breast tumors that drives breast cancer, scientists have surmised that this subgroup of cells must have some very distinctive qualities and characteristics.

In experiments designed to identify those special qualities, the Hopkins team focused on the gene “Twist” (or TWIST1) – named for its winding shape – because of its known role as the producer of a so-called transcription factor, or protein that switches on or off other genes. Twist is an oncogene, one of many genes we are born with that have the potential to turn normal cells into malignant ones.

“Our experiments show that Twist is a driving force among a lot of other players in causing some forms of breast cancer,” says Venu Raman, Ph.D., associate professor of radiology and oncology, Johns Hopkins University School of Medicine. “The protein it makes is one of a growing collection of markers that, when present, flag a tumor cell as a breast cancer stem cell.”

Previous stem cell research identified a Twist-promoted process known as epithelial-to-mesenchymal transition, or EMT, as an important marker denoting the special subgroup of breast cancer stem cells. EMT essentially gets cells to detach from a primary tumor and metastasize. The new Hopkins research shows that the presence of Twist, along with changes in two other biomarkers – CD 24 and CD44 – even without EMT, announces the presence of this critical sub-group of stem cells.
“The conventional thinking is that the EMT is crucial for recognizing the breast cancer cell as stem cells, and the potential for metastasis, but our studies show that when Twist shows up in excess or even at all, it can work independently of EMT,” says Farhad Vesuna, Ph.D., an instructor of radiology in the Johns Hopkins University School of Medicine. “EMT is not mandatory for identifying a breast cancer stem cell.”

Working with human breast cancer cells transplanted into mice, all of which had the oncogene Twist, the scientists tagged cell surface markers CD24 and CD44 with fluorescent chemicals. Following isolation of the subpopulation containing high CD44 and low CD24 by flow cytometry, they counted 20 of these putative breast cancer stem cells. They then injected these cells into the breast tissue of 12 mice. All developed cancerous tumors.

“Normally, it takes approximately a million cells to grow a xenograft, or transplanted tumor,” Vesuna says. “And here we’re talking just 20 cells. There is something about these cells – something different compared to the whole bulk of the tumor cell – that makes them potent. That’s the acid test – if you can take a very small number of purified “stem cells” and grow a cancerous tumor, this means you have a pure population.”

Previously, the team showed that 65 percent of aggressive breast cancers have more Twist compared to lower-grade breast cancers, and that Twist-expressing cells are more resistant to radiation.
Twist is what scientists refer to as an oncogene, one that if expressed when and where it’s not supposed to be expressed, causes oncogenesis or cancer because the molecules and pathways that once regulated it and kept it in check are gone.

This study was supported by the Maryland Stem Cell Research Foundation.

In addition to Vesuna and Raman, authors of the paper include Ala Lisok and Brian Kimble, also of Johns Hopkins.